12 days along the Oregon Coast

Our journey along the coast

Our journey along Oregon’s coast took us to Canon Beach, Cap Kiwanda via Lincoln Beach and Newport to Florence and back. We had 12 days to explore the area and booked our campsites during the trip, so we had to make some compromises. It was also the first summer holiday after almost 18 years without our kids (unusual but beautiful).

We started our Oregon coast trip with a half day at Canon Beach. It is a cute little beach town, with a lot of Galleries, shops and Restaurants. Before we drove on we ate @ Ecola Seafood Restaurant.

After 1.5 hours, we arrived at Cape Kiwanka RV campground and enjoyed the sunset on the beach.

For a hike the next day we decided to go to BoB Straub State Park, where we took the Bay trail and parts of Marsh trail. Then we drove along the scenic coast, it was very foggy, nevertheless we stopped for a snack on the side of the road to enjoy the view, afterwards we treated ourselves some ice cream @ Tillamook Creamery.  Last but not least we drove the Munson Falls State Park for our second hike, it took only an hour to get to the falls and back. We spend the evening on the beach opposite of our campground.

The next day we explored the Neskowin Ghost Forest, we walked to the beach to shoot some pictures. Unfortunately, it was not low tide; the water was already coming in, but we still could see some of the trunks. Most of them are covered with mussels or sea life. We found two sea stars 🌟 I was not sure if they were still alive, but what a beautiful animal! We also took a picture 📷 of the proposal rock located next to the forest, they called it so after a captain proposed there in 19th century. The native name was Schlock.

After a lunch break we drove to the Neskowi Wildlife Refuge and hiked the Two Rivers trail. It’s 2.7 miles loop and it was very quiet, unfortunately we only saw two birds. Afterwards we returned to our campground and headed to the beach. Carsten dipped in the ocean for me it is too cold 🥶. For Dinner we went to the Riverhouse and enjoyed 😋 a smoked salmon salad and buttered fish and chips . The evening we ended once again at the beach with a camp 🔥.  Unfortunately, the sky was covered so we could not get nice sunset pictures 😢.

The Sea & Sand RV Park, in Lincoln City little further down the coast at Depot Bay was our next stop. They welcomed us with some saltwater toffees, and where genuinely nice. Make sure you to reserve a spot on their 3-level terrace. We enjoyed our gorgeous spot and took a beach stroll, since we were only able to book a spot for one day.

Boiler Bay View Point on the way was closed due to covid as well as the whale watch center in Depoe Bay, with the world smallest harbor and a cute little town.

After we arrived in Port Newport, we drank a beer at Rouge brewery in the harbor area, and stopped to see the Yaquina Bay Lighthouse which they build 1871 and only used for 3 years. The Port of Newport campground wasn’t my favorite, but the town was nice, also the Nay beach is worth a short stop, even when we just drove by on our way to Yaquina head state park.

Saturday morning was farmers market, so we bought some fresh vegetables and got ready to leave for Florence.

We made a halt to catch some pictures of Thors well (Thor’s Well is a hole carved out of the basalt shoreline in the Cape Perpetua Scenic Area. We expected a bit more of the area, but it was still fun. )

The Siuslaw Harbor campground was quite nice . On the way we stopped at Seal Rock and expected to see some seals but there weren’t any so we left fast since it was also was pretty crowed. . After checking in, we walked through Old Florence which we visited before in 2017 on our way to San Francisco.

The next day we went to the Heceta Head Lighthouse and took the tour through the Lighthouse Keepers quarter we had our lunch on the beach. After that we wanted to stay on the beach at the Dunes, so we went to the North jetty Beach, where Carsten tried to fly his kite and I tried not to get blown away. We stayed on 30 minutes before we decided to leave and found a not so windy cove at Park . On the other side of the park we sand boarded in 2017.

The highlight of the day was our dinner at the Waterfront Depot, we got a great spot with view of the Siuslaw River and bridge.

I have never seen a nicer campground while rving in the US. At Bay Point Landing ❤ you can also rent cabins or airstreams and they have a great community center as well as a pool and a gym. We booked late so we only could stay for 3 nights. The day we arrived we only took a stroll along the Landing. After dinner and enjoyed the sunset and ended the day with some board games.

The following day we explored the area around, first we drove to Coquille River Lighthouse afterwards we stopped by on Old Town Bandon a cute little Town with a great chocolatery https://coastalmist.com/.  I really loved their Chocolate Fudge Gelato. Thereafter we drove to Coquille Point Beach in Bandon, walked along the beach, and took a lot of pictures of the stone formation there. The most famous one is the Face Rock, and one looks like a wizard hat. The area belongs to the Oregon Islands National Wildlife Refuge. The day ended with Carstens favorite camping dish – pork gorgonzola and a gorgeous sunset.

Wednesday is farmers market in Coos Bay, we went and bought some fresh veggies and hiked thereafter the OREGON COAST TRAIL from Sunset Bay, through Shore Arces State Park  – to Simpson Reef View Point which is also part of the Oregon Wild life Refuge. We could see a lot of seals with our binocular, and where able to identify, 3 different types: California sea lions, Steller sea lions and the Pacific harbor seal – which I like the most. We could not see an elephant seal.

Unfortunately, the next morning we had to drive home. We left around 9 am and arrived around 3 at the KOA in Seaside/Astoria, which we booked for 2 nights. We spend the evening with a hike along the beach and took a ton of sunset pictures of the famous Peter Iredale Ship Wreck at Fort Stevens State Park, which is locate opposite of our Campground.

We didn’t want to spend the whole day at the beach, so we hiked to Cape Falcon at Oswald West State Park, it is a moderate 2.3 miles hike through the forest to reach the Cape luckily it wasn’t very crowed.

Afterwards we drove to Canon Beach and had dinner at Warren House & Pub. The last evening on the coast we watched the sunset at Haystack Rock and took some pictures. 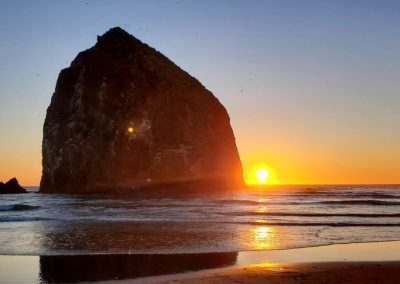 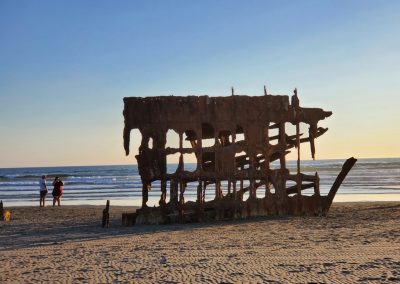 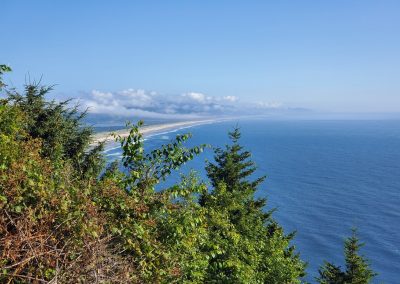 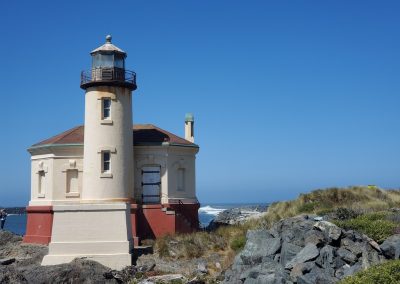 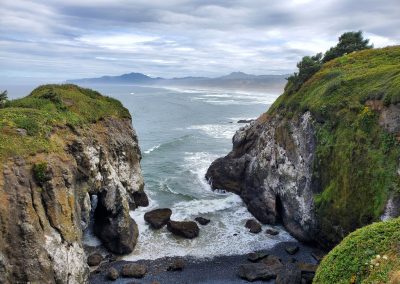 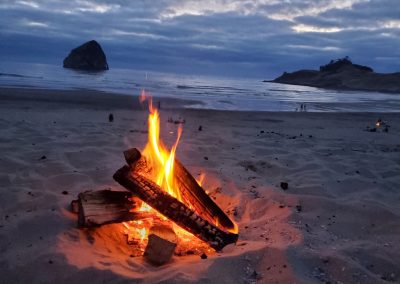 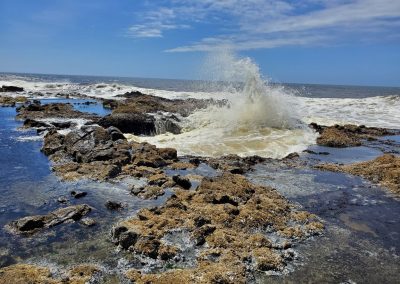 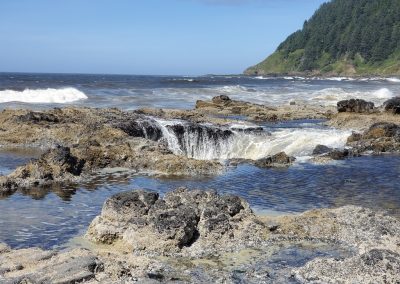 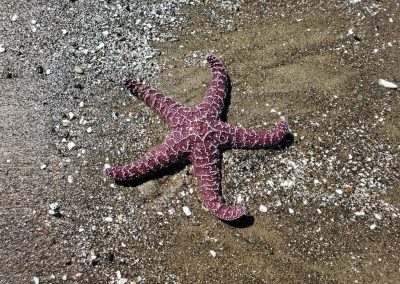 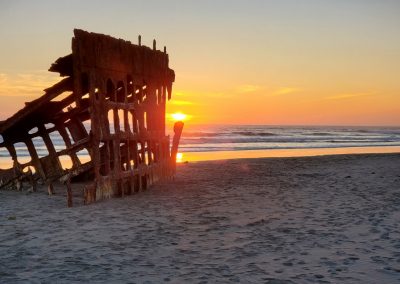 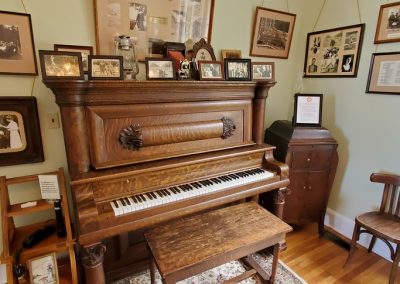 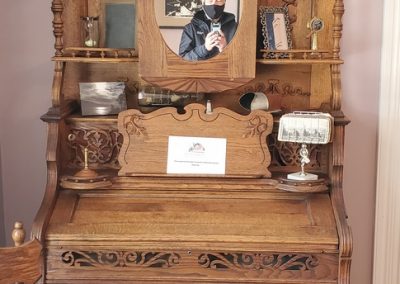 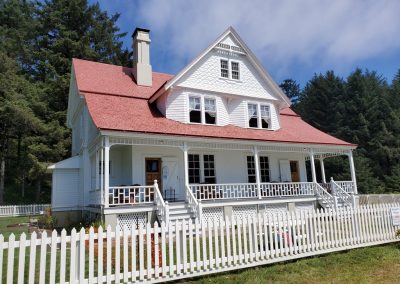 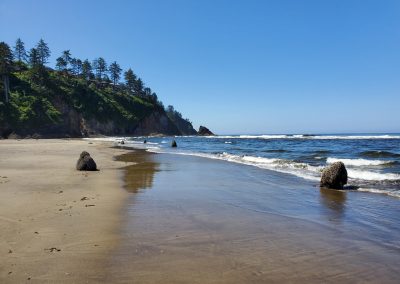 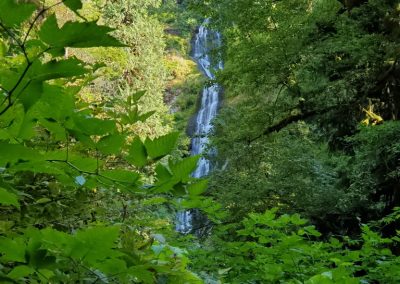 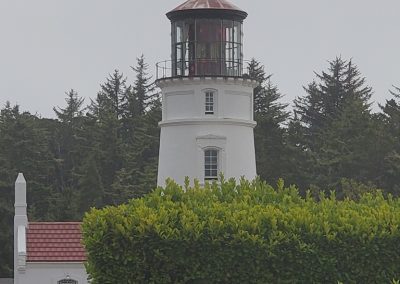 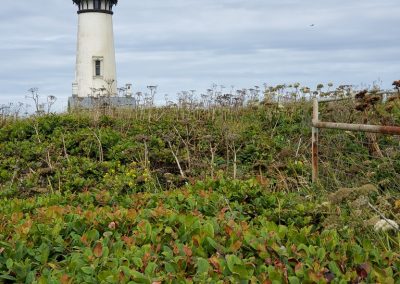 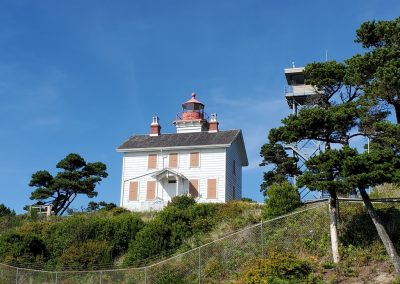 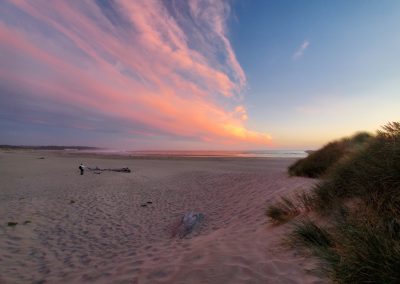 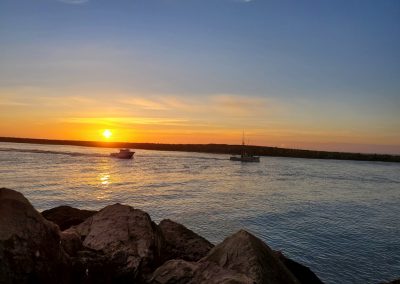 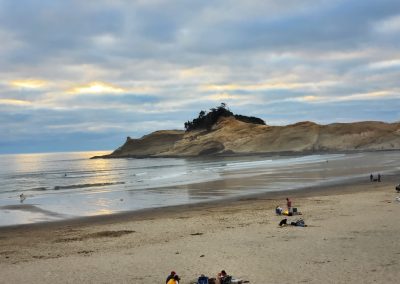 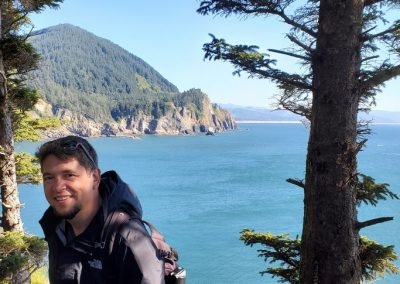 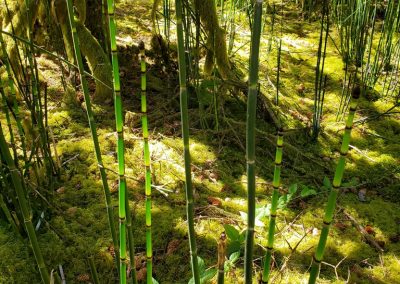 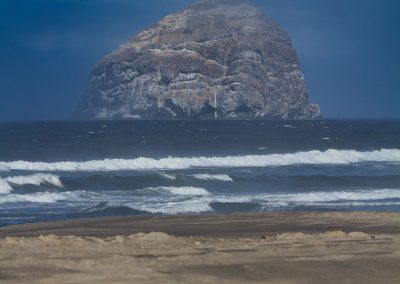 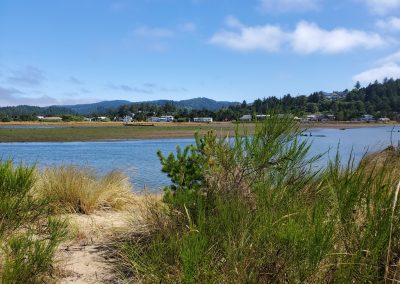 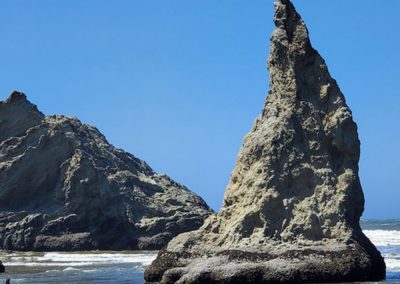 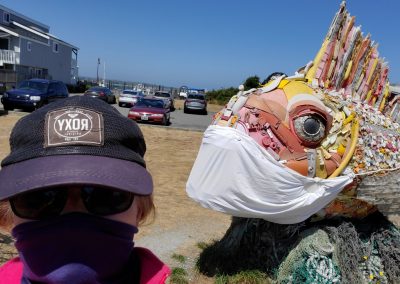 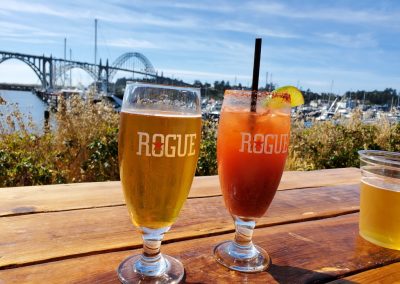 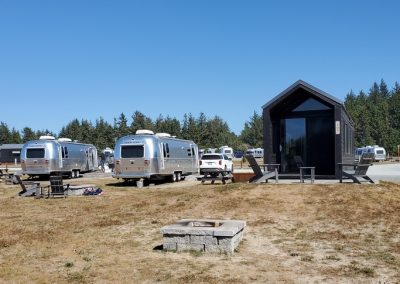 Trip map with Ideas for stops along Oregons Coast